CIn the year 2009, only five Engineering colleges in the entire country were accorded accreditation by NBA for a period of five years. With this,CEC Landran (Best Engineering College in Punjab and Chandigarh) is the only college in the entire Northern Region to have achieved this landmark. We are among the top twenty five private colleges of the country who have been granted NBA Accreditation for a period of five years in the first attempt. There are total one hundred colleges including government colleges all over India who have been accredited for five years. Rankings of Chandigarh Engineering College (CEC)“Sunday Indian” ranks CEC as India’s 7th Best Private Engineering Institute in the country.

CEC has been placed in “A++” category and ranks as second amongst top 10 Engineering colleges in India (Source Business & Management Chronicle, July 2012).

It's a famous saying atAdobe that "The future belongs to those who create it" and CGC has produced CGCians who have been groomed to be in top firms and outshine on every platform. I’ve never seen an Institute that puts so much effort into getting students a deserving offer. I'm proud to be a CGCian and will always be grateful for everything CGC has provided to me. 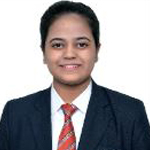 CGC Landran is undoubtedly one of the best institutions in the country. It not only excels in placements but also in the individual growth of the candidates. In my experience, the teachers of CGC Landran put their earnest efforts into assisting every student throughout their education journey. The placement offer that I received is indeed courtesy of CGC Landran. I am grateful for everything that the college has given me.

My journey at CGC Landran started in the year 2018. I was just a student in the CSE branch with great dreams in my eyes. Little did I know that I would be here living one of those dreams. The college, its loving environment, supportive faculty, training programs, advanced practical learning and visionary management transformed me into a competent candidate. I will always be thankful.

Chandigarh Group of Colleges is a place where one can learn and grow. The faculty at CGC Landran is determined to help every student in becoming a successful professional. And hence, the college has various training and pre-placement programs. With advanced laboratories and up-to-date infrastructure, the college provides comprehensive learning of different subjects. My success is an outcome of the joint efforts from my side and the CGC family.